Changing Your Beliefs Could Save Your Marriage

The Anatomy and Dismantling of False Beliefs 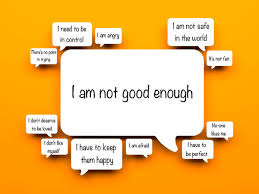 Why do you find yourself somewhat overweight, know you need to lose weight and yet - somehow it doesn’t happen. Or maybe that’s not you but instead you find yourself with lots of ailments like tendonitis and back problems. Or you are a very intelligent person and you know cigarettes are bad for you and that although it’s hard, people do stop – and yet, you don’t.

All over the internet and everywhere in the personal development community people say all you have to do is change your thoughts and you’ll be a great exerciser and you’ll attract the right mate and lots of money and be able to think your way to perfect health. It sounds so good and we so much want to believe it so what the heck gets in our way of achieving the goals that we profess to want?

This is where false beliefs of which we aren’t aware come in. Following is a little imaginary scene from life that will show you how a false belief can end up in your non-conscious self and in many ways be running the show called your life.

After I show you with a simple scenario how they happen, I will show you what happens when you learn how to get rid of them a real way.

Anatomy of a False Belief

The players:
Mommy – 27 years old. She suffers from low self-esteem therefore she does not know how to have a healthy relationship.
Sally – 4 years old. Bright, sensitive child.

The incidents that triggered the FALSE BELIEF:
Mommy yells at Daddy at night and wakes Sally up often. She also says a lot of negative things about Daddy during the day when he's at work.

Sally is confused and feels distressed but doesn’t know why nor even how to talk about it. In her child mind she thinks marriage and men are bad because she hears so much negative stuff about it day and night.

A false belief is born.
Sally’s false belief set up resistance in her in many ways. In her body the unexpressed emotions stayed stuck. As she grew up with that false belief in her non-conscious mind, it led her to feel no confidence around boys. Her lack of self-esteem also absorbed in some ways from her mother, kept her self critical with many issues from childhood entering into the picture of her life.

Sally’s mother was not a bad person. She certainly did not want Sally to grow up hating men and shying away from marriage. She did not want Sally to grow up with a dichotomy existing between what Sally wanted and saw other people having and being afraid she wasn't good enough for a good man. Nonetheless that was what happened in Sally’s life. All the books and courses about Relationships and Law of Attraction did not help her solve the problem because she did not deal with the missing link – the unexpressed emotions.

Science and spirituality are showing us how our beliefs and emotions effect our lives.

Candace Pert, Ph.D. in Molecules of Emotions says, “A growing number of scientists recognize that we are in the midst of a scientific revolution, a major paradigm shift with tremendous implications for how we deal with health and disease.” And “…I’ve come to believe that virtually all illness, if not psychosomatic in foundation, has a definite psychosomatic component.”

William Tiller, physicist says, “The thoughts that one creates generate patterns at the mind level of nature. So we see that illness, in fact, eventually becomes manifest from the altered mind patterns through the rachet effect-first, to effects at the etheric level and then, ultimately, at the physical level {where} we see it openly as disease.”

Louise Hay says, “When cancer or any other illness returns, I do not believe it is because the doctor did not ‘get it all out,’ but rather the patient had made no mental changes and so just recreates the same illness.”

The Effects of Dismantling a False Belief

When she did the emotional work required, her awareness around all the associated thoughts that kept that belief intact began to come to consciousness. For example, she discovered she had been secretly labeling herself not deserving of love of a good man. Or that no good man would want her.

Now Sally finds a good man and one who loves her. Sally learned that it is possible to dismantle the false beliefs about men, marriage and relationships.

Join me as we explore the areas of false beliefs, emotional healing, and healthy relationships.

Fill-in your details below