Thoughts on Relationships and Life

Is he a bit of a jerk on Valentine's Day and does it really matter? 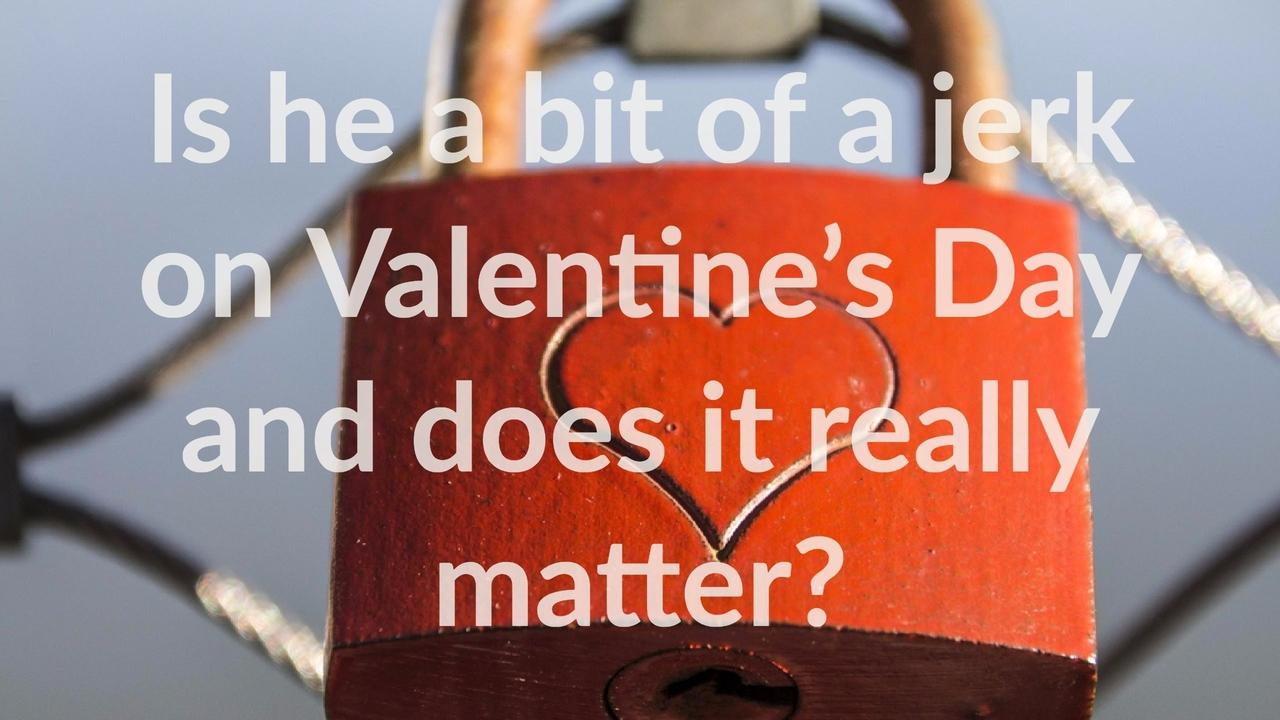 Most years I didn't really care very much about V-Day. I got so much love and attention on a frequent basis, that I didn't need a special day for that. Don't get me wrong. I like to be remembered as much as the next woman but I felt so filled up, that it was no big deal.

Well, one year I was immediately cranky to my husband because he forgot. He even asked a couple of times over the last couple of weeks when the big day was - and that day - nothing. But here's the important part, knowing that I had the freedom to be honest and the requirement to be honest if I wanted no resentment to pile up, I told him immediately. He was suitably sorry and I felt fine immediately. I take this as a testament to the years of emotional honesty we built up. There were no other resentments that wanted to tag along on this little disappointment.

So Happy Valentines Day. I was fairly certain I would get a card or something before the day was over but I forgive him either way. And...

How many times have you tried to be perfect...and failed? 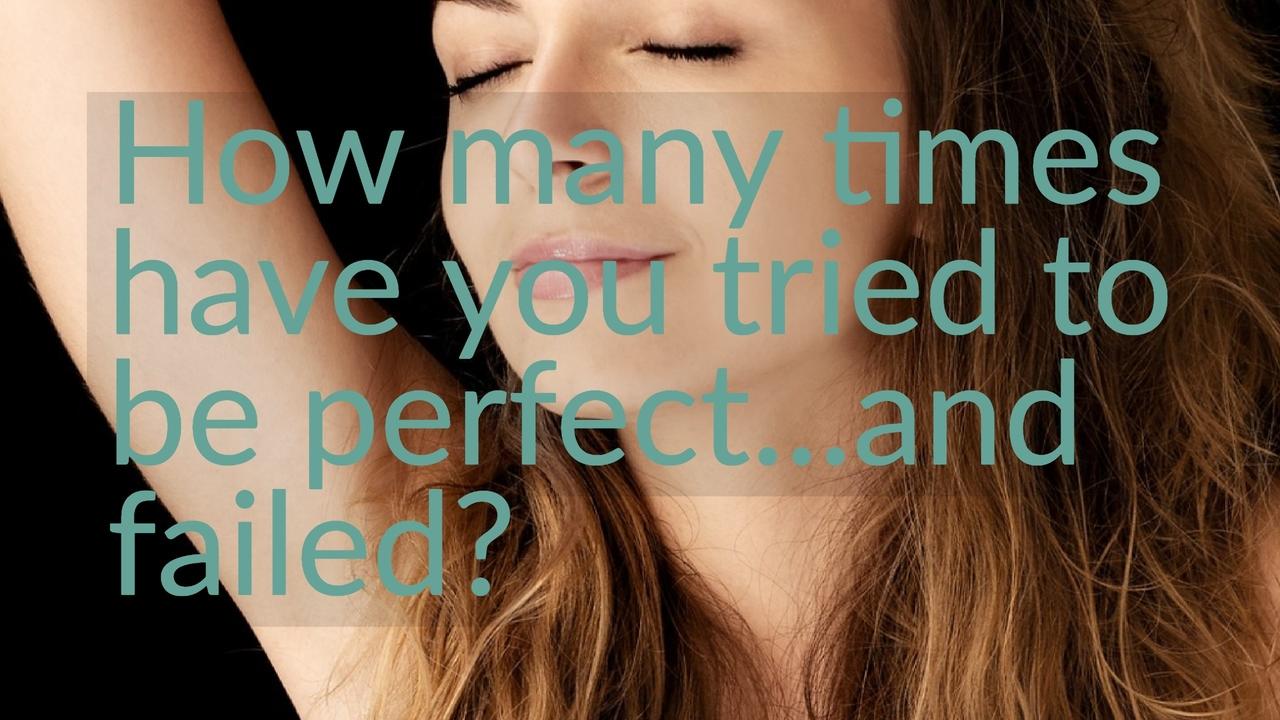 Perfectionism started for me as a child. My mother wanted me to be perfect and I bought into it totally. I don't feel like a victim here because the way I imagine it, that the choice was made during some period when I was out of a body and just an energy - a soul - and decided that a good part of my path in this life would be to always try to be perfect. I often fall very short. Many years ago I started working on my inner child healing and realized at age 66 that perfection is a mental box. It keeps creativity from entering.

Let's look at an example. Let's say I want perfect grooming. I try to figure out how to have my hair look perfect. I try to figure out how my nails should look to be considered perfect. I spend lots of effort figuring out how to dress, moisturize, deodorize and criticize myself into perfection. Does it work? Can I ever truly be perfect? Of course not! The more I try to be perfect the more I cut myself off from my inner child healing and know my true self. It is...

A Simple Way to Begin to Improve Self Esteem 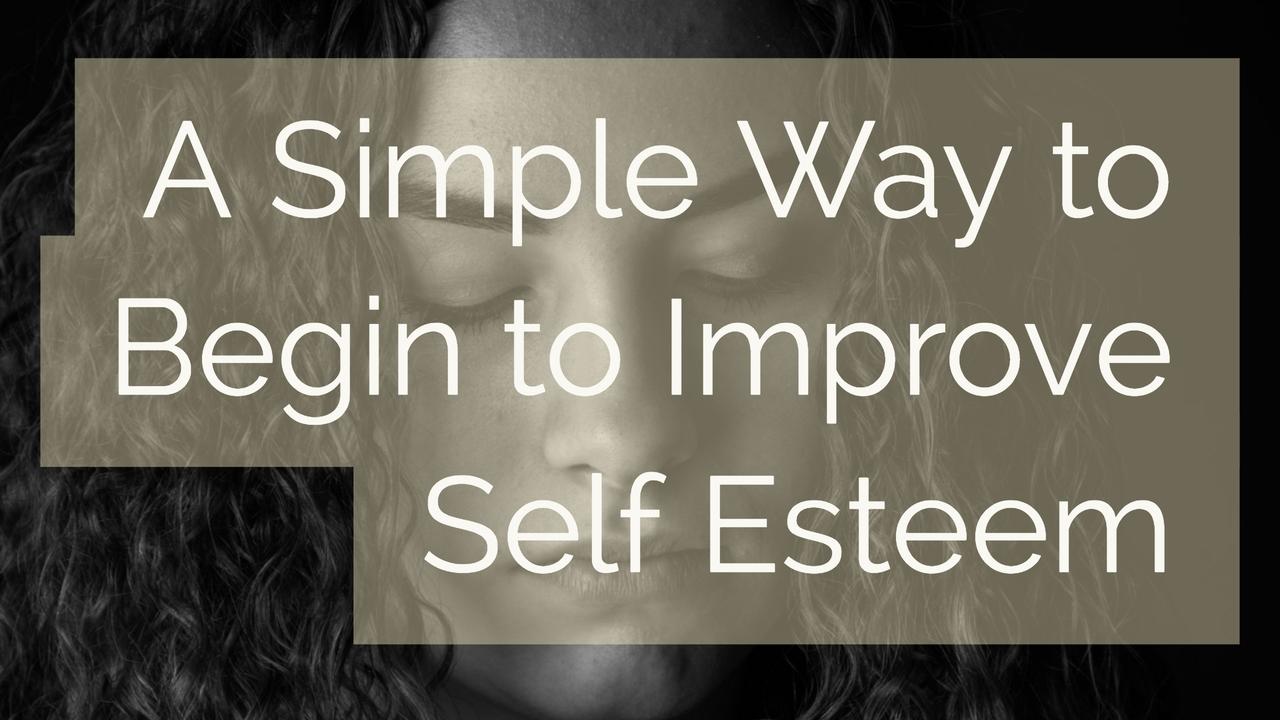 You may repeat the same negative patterns over and over in your life and never realize that you end up in these same situations because you don't feel that you are worthy of something better. For example, several of my clients continued to have relationship partners who did not treat them the way they ought to be treated. These women were controlled and disrespected.

When you can't ever figure out how to feel better about yourself, it might seem like it is too late or impossible to change - but that is far from the truth. Self esteem programs are never too late to start.

Here's What Happens When You Love Someone Forever 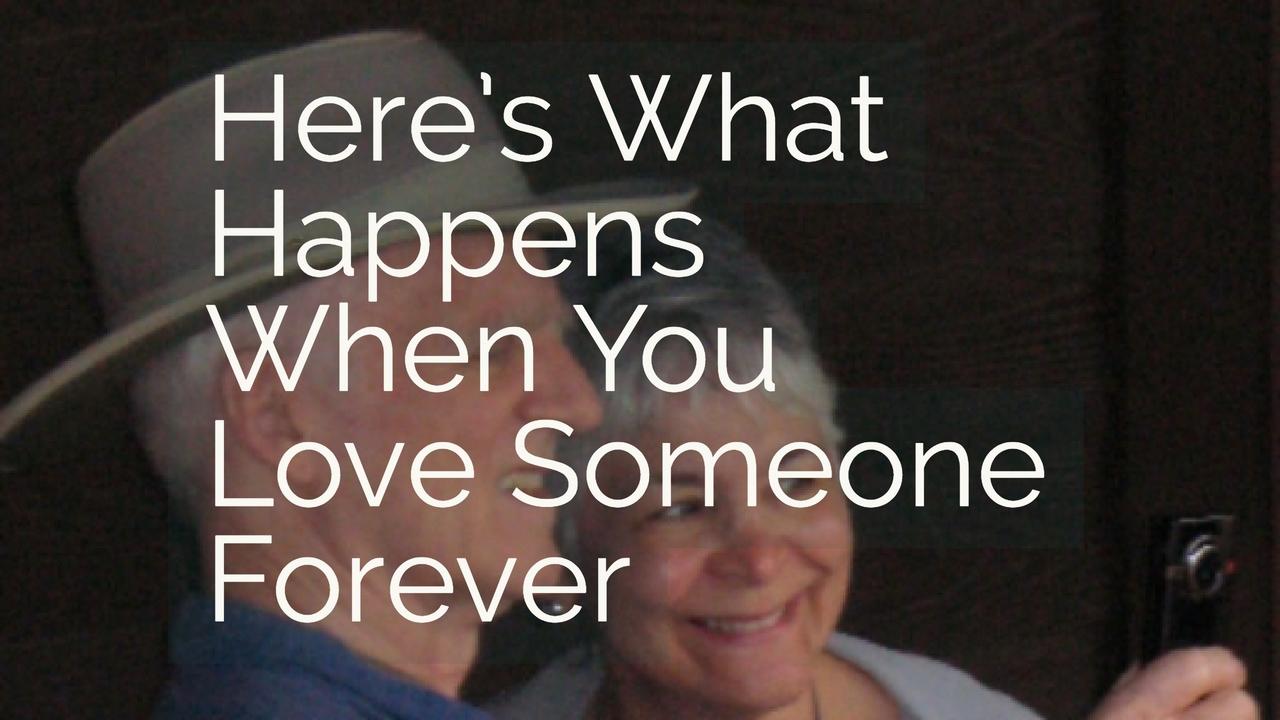 If I write out my feelings, I will feel better - basically the idea behind journaling. I will also become more clear and, as a natural-born teacher, I can offer my experience to benefit others. So here goes. I could have called it "Love Wears Many Faces or Acts of Love".

For many, many years my husband and I had created a morning ritual/habit whereby we get up very early which sort of fit our biological clock and gave us time to connect in the morning. But in many ways, it had stopped working.

I had been noticing that we were not that interested in what each other was saying. (Of course, the little girl in me wanted to say "HE is not interested in what I am saying and I go out of my way to care" but knowing that it takes two, let's just say it was "each other".

I had been wanting to sleep quite often later than 4am but got up anyway.
I was kind of tired of being so out of sync with most of the rest of my world. We almost never considered doing stuff at night because it...

What Everyone Should Know About Forgiveness 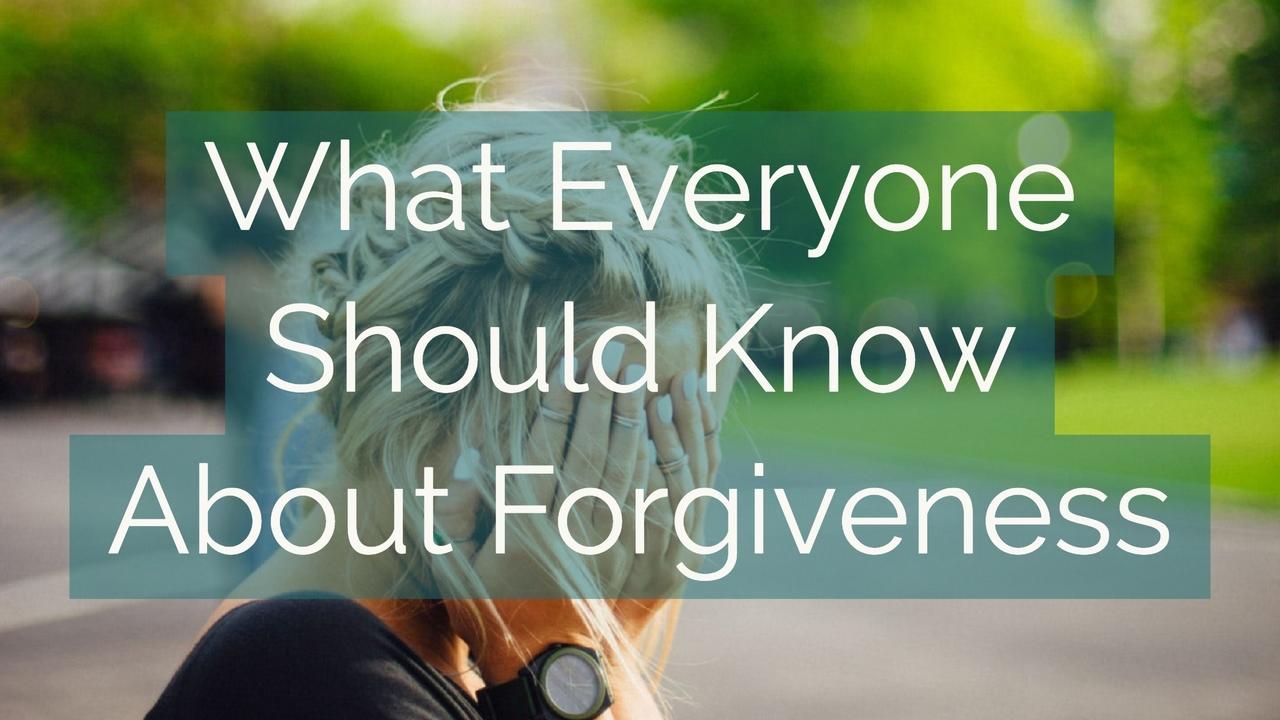 Here’s a statistic that will grab your attention: “1 in 4 girls are sexually assaulted before the age of 18. (Federal Bureau of Investigation, 1999)”

That is a horrible thing to read and because sexual abuse is so prevalent, it is absolutely necessary to focus on it.

Why start an article about forgiving with statistics on victims of sexual or emotional abuse? Forgive the perpetrator? How can one actually do that? And why bother? It doesn’t make practical sense. Or does it?

I’ll tell you why I think it makes sense and I speak from personal experience and have watched many people reach the same conclusions as I have. Nothing else...

What's the real scoop about Thanksgiving being about an attitude of gratitude? 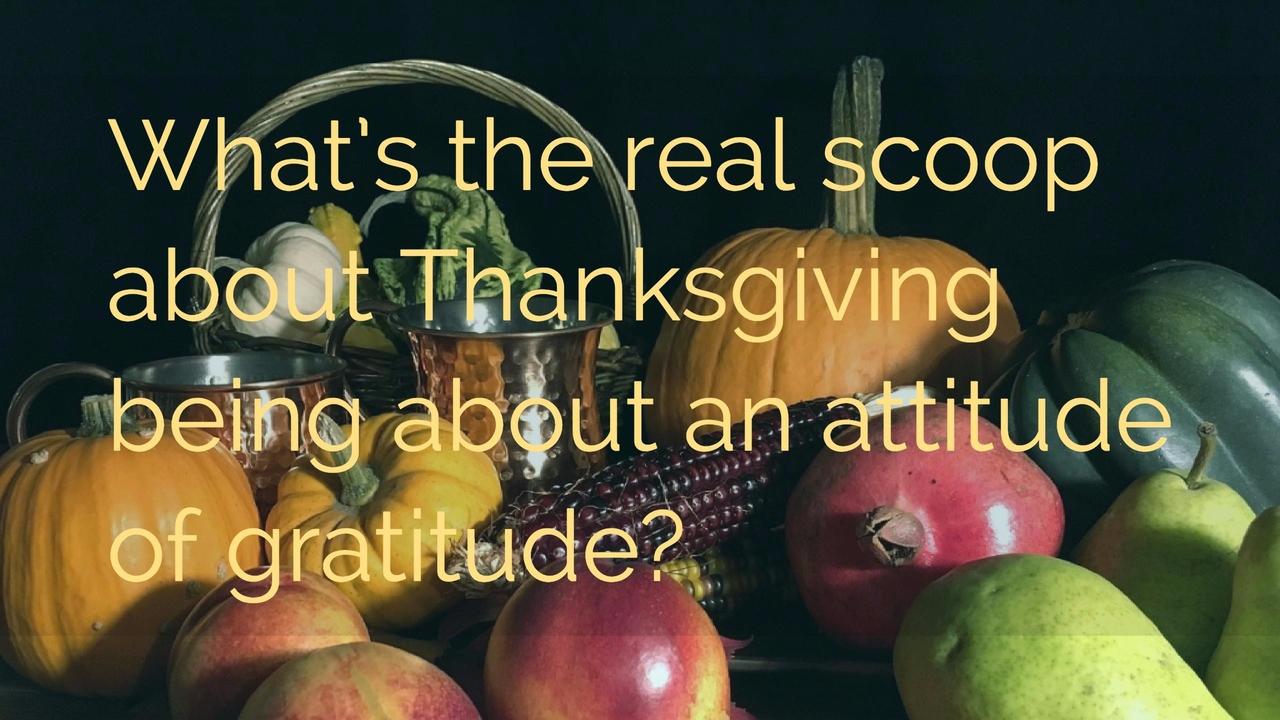 I have a suspicion that Thanksgiving which has the obvious celebration of gratitude - the Pilgrims gratitude to the Native Americans for their help in surviving in this harsh land - has - I truly believe - a deeper, more spiritual mean and reason for being.

I've noticed over the years the apparent spiritual brilliance sneaking through things like the Constitution. Were the Founding Fathers so smart or were they inspired to create a country that has achieved so much enlightened behavior? Certainly, we have had our times of great adversity - to whit the last many years - but I feel that too is all in the plan. It does seem to be we humans grow - adversity causes jumps in consciousness both individually and group consciously also.

So, Thanksgiving. Imagine a holiday that celebrates gratitude. What other purpose could it have? Could it be how the "spirits" let us know that gratitude is important? Gratitude is so important it is likely the next to healthiest emotion we can have. Pure...

How to Get More from the Law of Attraction

They Never Tell You This Part

The more we can learn about the Law of Attraction the more we can apply it to our lives. It seems their are parts of the law that most people don't explain.

Someone in my life has had almost lifelong issues with asking for what he wants which sometimes translates into lots of fear around standing up for what he knows is right. Since he too has a Life Is a School attitude, he uses his well-developed Observer to watch himself go through the fear and ineffective thoughts, feelings and behaviors when something like car trouble comes up.

He has a manufacturer warranty, a warranty from the local car place he bought the car from and additionally he bought a 4-year warranty to add onto all of that. Last week the car broke down and he has not had the use of it for a week.

After he went through all the thoughts and judgments and feelings about being a lousy car chooser (when he loves his reputation as a great researcher and knower about cars) he was up against... 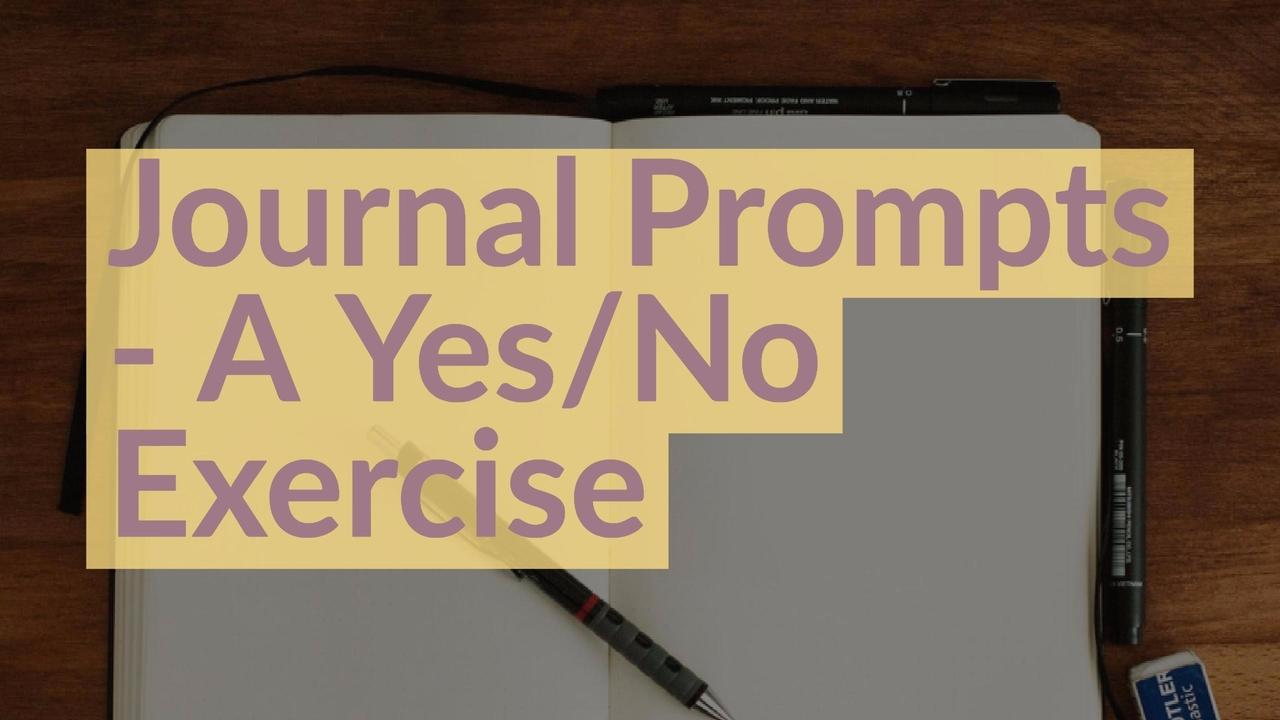 I’ve always been big on giving my clients journal prompts because there is something inside themselves that wants to come out. As their guide on this part of their personal growth journey, sometimes I can see what the correct journal prompts would be for them to help them uncover what’s wanting to come to their awareness. Following is an example of one of those journal prompts I assigned to a client:

Maia,
Thanks for the little journal prompts exercise on yes/no. I have done this one before, but your twist to fold the page in half, do the “no” side first, and then the “yes” side, without seeing the “no” side, was a little different. When I did it, I had the page open and allowed myself to “respond” to each negative or positive statement as I was writing. The value of the way you suggest is that you don’t make excuses, you write down the negatives as a total list, and then you go to the positives, which may or may not...

What are the short-term and long-term effects of child abuse and what can the concerned do about it?

In answer to the question, “What are the short term and long term effects of child abuse and what can the concerned do about it?” I have very much to say.

Let me tell you a short story of a little girl growing up being emotionally abused by her mother and sexually abused by her father. When she was 4 lots of things changed. Her father returned from 3 years in the Army. He left when she was 9 months old and returned when she was turning 4. He returned with a big stuffed panda and stuffed French poodle for her. Then he began to be inappropriate with her little self. And finally, around the very same time, her mother started screaming at her and calling her names and scaring the wits out of her on a frequent unpredictable basis.

How do I know about this little girl? I know because she was me. The short-term effects included becoming very docile and losing touch with my creative side. I did pretty well in school because I didn’t have my mother there and she...

I Did Not Kill Her with My Thoughts 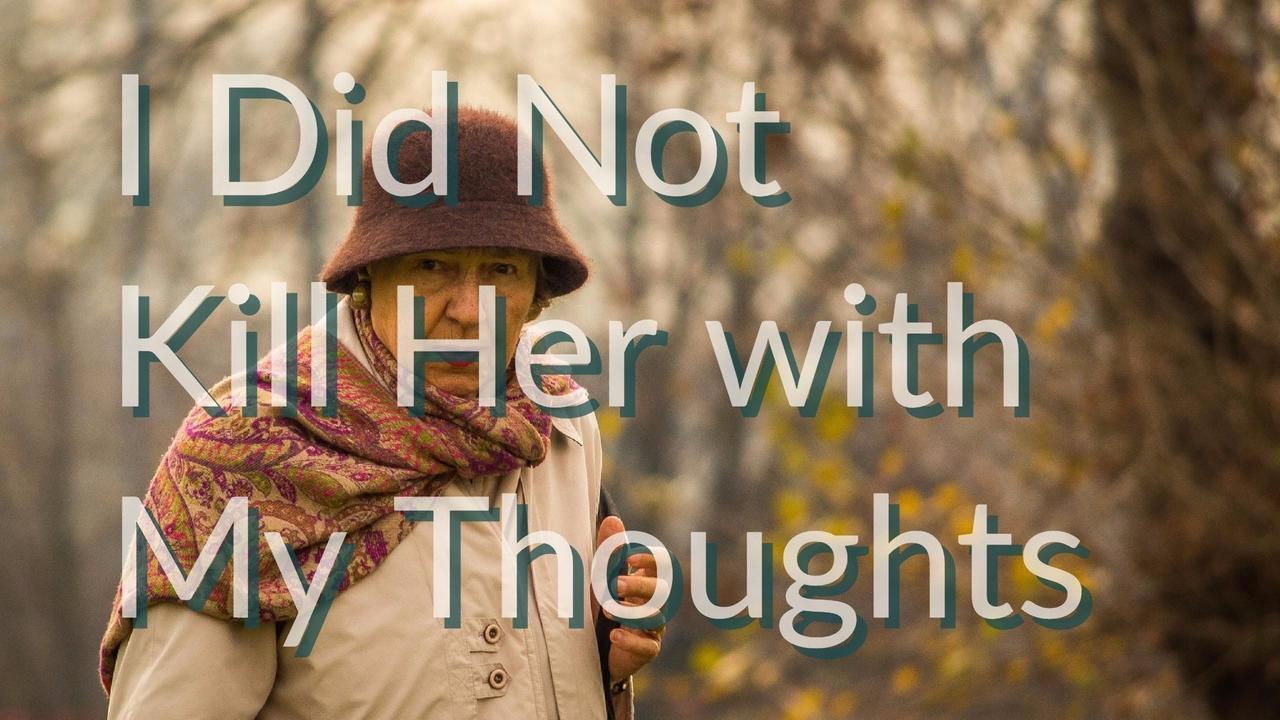 I live in a courtyard where 8 or 10 other apartments face into by at least a window. We have lovely flowers because two of my neighbors love to garden. We even have tomatoes and other vegetables growing in season because one of the gardeners is also a natural foods consultant.

And, this is Santa Monica - 2 miles from the beach with pretty much perfect weather.

Most of the time our courtyard is quiet. There is the occasional party and we do have some really "crying kids neighbors" who also periodically fight - badly and meanly and even sometimes physically. Basically it's the world.

Awhile back my husband would occasionally say, "Did you hear that?" but I always missed what he was talking about making me question that maybe my hearing was going. Well, what he had been hearing occasionally, I started hearing ALL THE TIME. It was a poor woman who might be suffering from dementia. She continuously and loudly was cursing her husband and what he made her do and what he didn't do etc, etc,...

Fill-in your details below