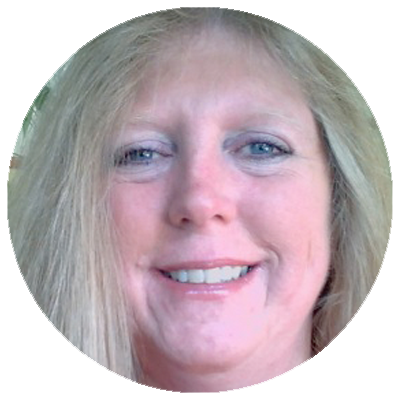 I was a prisoner until I was about 19 and working. Then I was allowed to go out with my friends, but I'd be lined up that night or the next day and had to answer the interrogation to mum's satisfaction - or else I wasn't allowed to go out again.

I lived in fear of her. She had total control over my life. I never had the chance to experience real life. Most of the time I didn't even go out when my friends asked me. It wasn't worth the pain afterward. Mum would force me to wear her old clothes if I went out. Then she'd wait up until I got home and I wasn't allowed to go to bed until she'd asked if everyone said I looked nice. I didn't dare lie. Of course, nobody said I looked nice. I was a tiny, skinny person back then and my mom was big and fat. I was a size 8 and she was an 18-20. I'm not sure those sizes mean much to you but you can see that there was a huge difference. The clothes were 10 sizes too big for me. If I lied and said everyone said I looked ok, she used to phone them the next day to check on what they said, or didn't say, to me. It was awful.

I was both a victim and an enabler for her - just like dad, just to keep the peace. In my own family, I went the opposite. I didn't enable in a negative way at all. My two kids got to do loads of things and try things I still have not tried. They water ski, snow ski, drive boats, cars, motorbikes, surf, skateboard... Wow! I want their childhood!

But it wasn't all good for them either. Geoff, in the early days, tried to be just like his father and it was awful. If I didn't agree with him he'd yell and scream that I was supposed to support him when it came to the kids and discipline. I didn't agree at all, but I didn't say anything. I did not protect my kids from his bad behavior. He never hit them or anything, just bullied and intimidated. I wanted to step in, but I was always too afraid. I'd been so conditioned into crawling away into a corner when anyone raised their voice that I enabled him to have his own way.

In that way, I guess, my mother groomed me to be like her in ways I never saw coming until I stepped back and realized what I was doing. I started to come out of my shell when we left town. We lived in a totally different place far away from all friends and relatives.

We literally started again. We had no support, but we had the freedom to finally become ourselves. Geoff started to change for the better then. He was able to see what his parents were doing to him and how he was enabling them to control him in the same way I was enabling my mother to control me.

We became cohesive as a couple then, and the kids were much better off. It was the beginning of our journey back to ourselves and our marriage was saved by that. I have written loads of love letters about the above subjects. Loads of guilt was hidden away in my heart. It cast a shadow over my relationship with my sons.

I have noticed big differences now that guilt has gone. I'm able to ask them things and hear the answers without destroying myself over the least tiny mistake I made. I can now also tell them openly and honestly what I went through that made me behave that way. We are developing a closer, more adult, honest relationship. I love that.

YOU University has been the making of me, though. Getting all that guilt, shame, sorrow, horror, pain, out of my heart has allowed true love to flow in. I am joyful and loving and I love life. I always did love life, but there was always that shadow of the past hovering over me. Now, I'm free of all of that.

Even when old memories, such as those above, pop up out of the blue, I can deal with them without fear of what I may find at the heart of them. I know how to face that darkness and how to bring the light to it.

I love the new me. I am well on the way to becoming who I was always meant to be. Now THAT can go to the top of my Gratitude List!! Thank you, Maia!

In August of 2014 my friend Heather Williams. I am so fortunate because she and her husband Geoff visited Los Angeles in 2012. She is sorely missed by all who knew her quirky self.